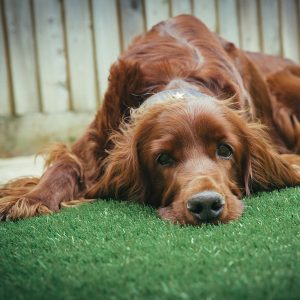 In the suburbs surrounding me there has been a number of reports of dog’s being baited, both in their own yards, out on walks and at dog parks. It seems that this is occurring all around the country for no reason other than to create fear and upset to owners and illness and death to animals. It is disgusting, horrifying and outrageous that any human being would want to inflict pain and potentially kill an innocent animal.

Baits have been discovered wrapped up in pieces of meat or mince, in lollies and other food items. The food is being used to disguise the smell and the colour of the bait; snail bait and rat baits are typically coloured blue, red or green. Baits and baited food have been found thrown over people’s fences, in yards, on the street and in dog parks. If you have a dog (like mine) that will instinctively engulf any potential food source they will eat the food not knowing that bait is inside and chances are you may not even realise they have eaten anything.

There are four different active ingredients that can be found in rat bait and a different ingredient in snail bait, all are poisonous to animals when ingested. The most common rat and mouse baits are an anticoagulant which means it stops the animals blood from clotting properly. Other rat baits will affect the nervous system and kidneys, whereas snail baits primarily affect the nervous system.

As you will typically not know the type of bait ingested (unless the pet has accidentally ingested baits you have put out) you need to know all the signs so that you can act fast. Signs and symptoms of possible rat bait or snail bait poisoning include;
– lethargy/weakness
– difficulty breathing
– pale or bleeding gums
– coughing (may contain blood)
– vomiting (may contain blood)
– bloody nose
– bruising or lumps under the skin (haematomas)
– muscle tremors or convulsions
– ataxia (wobbly)
– increased or decreased urination
– excessive drooling
– excessive panting
– bloat

If you ever see any of the above signs in your pet please contact your veterinarian immediately. Do not hesitate, your dog will require veterinary treatment and the sooner treatment is started the fastest the recovery and the better the outcome. Treatment will vary depending on the type of bait ingested, which the vet will usually determine through examination of symptoms and blood tests. Treatment may include inducing vomiting, fluid therapy, vitamin K supplements, blood transfusions, plasma transfusions, oxygen, anti-seizure therapy and other supportive care. Hospitalisation will be required for a number of days depending on the level of poisoning and damage done.

Other precautionary steps to take to help keep your pets safe include
– Checking your yard at least daily or as often as possible for any foreign food items or objects.
– Keep an eye out for any strange behaviour in the area and notify police if concerned.
– When out with your dog keep them on a lead and try to watch them as they are sniffing around and obviously stop them from eating anything.
– At dog parks, where possible, walk the entire area checking for any food items.

With these senseless baiting acts taking place and seemingly on the rise (or at least reported more) we as dog owners need to be vigilant to keep our dog’s safe. If you ever have any concerns about your pet’s health or think there is a possibility they have ingested a bait please contact your veterinarian immediately.

From a very young age Bec has always had a great love and appreciation for all animals. Bec is a qualified Veterinary Nurse and also has a Bachelor in Applied Science Animal Studies with special interest in Wildlife and Recreational Animals. Her studies have been put to good use working in various animal industries including small and large animal veterinary clinics, horse studs and the family cattle property. Horses have played an important part in her life, living on a horse stud and caring for horses throughout breeding, foaling, spelling, racing and retirement. Bec is the proud mum of two gorgeous girls, a beautiful Cocker Spaniel, a cheeky cockatiel, chickens and many horses including a naughty little pony. View all posts by Bec

6 Replies to “Dog Baiting – What You Need To Know!”